Renowned British physicist Stephen Hawking, whose mental genius and physical disability made him a household name and inspiration across the globe, has died at age 76.

Hawking, whose 1988 book “A Brief History of Time” became an unlikely worldwide bestseller and cemented his superstar status, dedicated his life to unlocking the secrets of the Universe.

His genius and wit won over fans from far beyond the rarified world of astrophysics, earning comparisons with Albert Einstein and Sir Isaac Newton.

Hawking died peacefully at his home in the British university city of Cambridge in the early hours of Wednesday morning.

“We are deeply saddened that our beloved father passed away today,” professor Hawking’s children, Lucy, Robert, and Tim said in a statement carried by Britain’s Press Association news agency.

“He was a great scientist and an extraordinary man whose work and legacy will live on for many years.” Hawking defied predictions, he would only live for a few years after developing a form of motor neurone disease in 1964 at the age of 22. 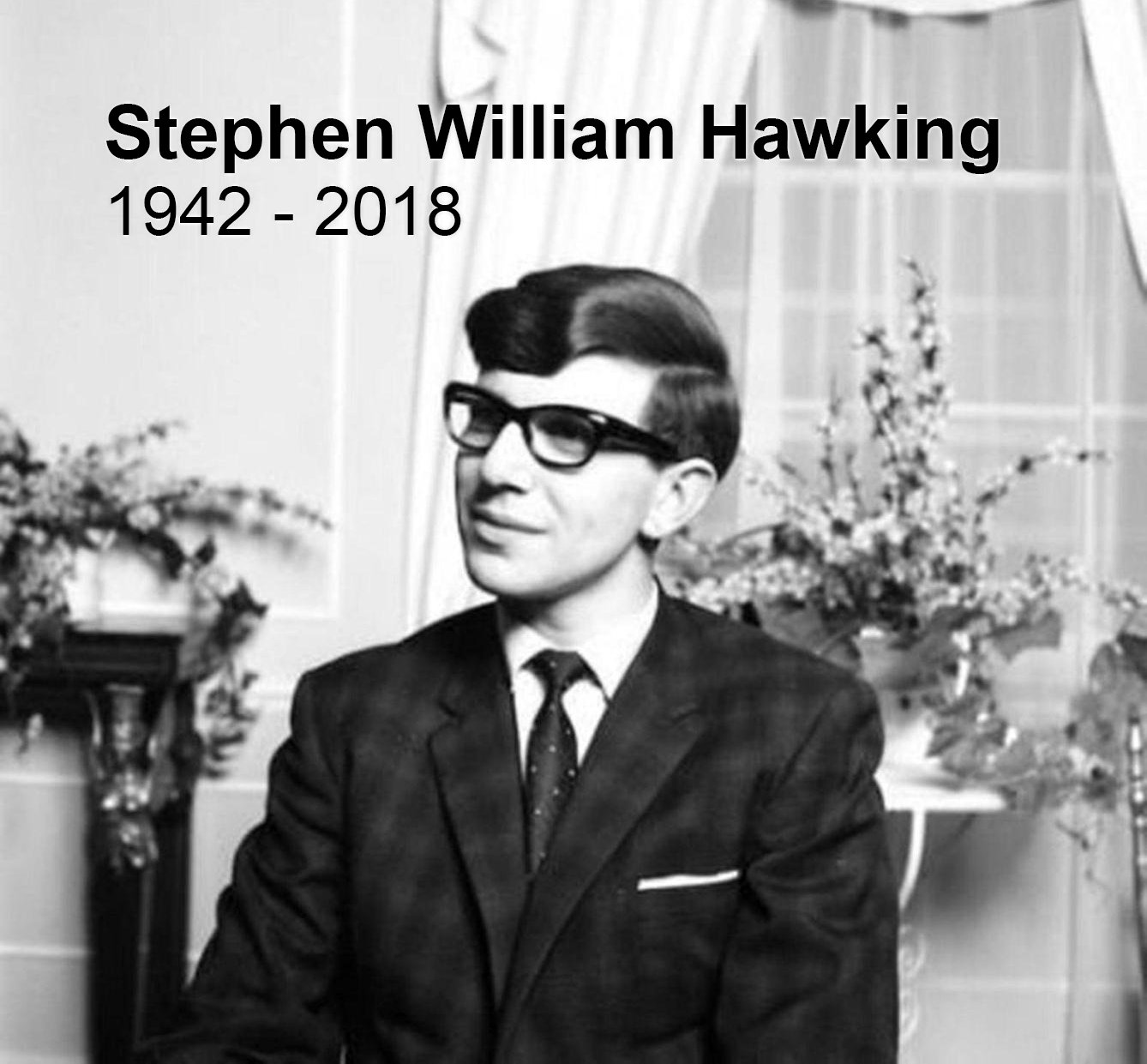 The illness gradually robbed him of mobility, leaving him confined to a wheelchair, almost completely paralysed and unable to speak except through his trademark voice synthesiser.

“His courage and persistence with his brilliance and humour inspired people across the world,” his family said. “He once said, ‘It would not be much of a universe if it wasn’t home to the people you love.’ We will miss him forever.”

Born on January 8, 1942 — 300 years to the day after the death of the father of modern science, Galileo Galilei — Stephen William Hawking became one of the world’s most well-regarded scientists and entered the pantheon of science titans.

His death was announced on the 139th anniversary of the birth of Albert Einstein.

Inside the shell of his increasingly useless body was a razor-sharp mind, with an enduring fascination with the mysteries of black holes.

His work focused on bringing together relativity — the nature of space and time — and quantum theory — how the smallest particles behave — to explain the creation of the Universe and how it is governed.

“My goal is simple,” he once said. “It is complete understanding of the universe, why it is as it is and why it exists at all.” But he was also a beloved figure in popular culture, with cameos in “Star Trek: The Next Generation” and “The Simpsons”, while his voice appeared in Pink Floyd songs.

Tributes began pouring in from scientists and celebrities around the world, lauding him as an inspiration.

He was a great scientist and an extraordinary man whose work and legacy will live on for many years.

“His passing has left an intellectual vacuum in his wake. But it’s not empty. Think of it as a kind of vacuum energy permeating the fabric of spacetime that defies measure,” the scientist said.

Professor Alan Duffy, a Research Fellow in the Centre for Astrophysics and Supercomputing at The Royal Institution of Australia, described Hawking’s work as “legendary”.

“His writings were inspirational to many scientists and enriched the lives of millions with the latest science and cosmic perspectives,” he said.

Hawking’s first marriage to Jane Wilde in 1965 gave him three children and was immortalised in the 2014 film “The Theory of Everything”.

The couple split after 25 years and he married his former nurse, Elaine Mason, but the union broke down amid allegations, denied by him, of abuse.

Hawking became one of the youngest fellows of Britain’s most prestigious scientific body, the Royal Society, at the age of 32.

In 1979 he was appointed Lucasian Professor of Mathematics at Cambridge University — a post previously held by Newton — where he had moved from Oxford University to study theoretical astronomy and cosmology.

Hawking was an outspoken commentator on life back on earth, voicing his disapproval in recent years of both the election of Donald Trump in the United States, and Britain’s vote to leave the European Union.

He was unafraid of ruffling the feathers of the religious, dismissing the concept of an afterlife in a 2011 Guardian interview.

“I have lived with the prospect of an early death for the last 49 years. I’m not afraid of death, but I’m in no hurry to die. I have so much I want to do first,” he said at the time.

“I regard the brain as a computer which will stop working when its components fail. There is no heaven or afterlife for broken down computers; that is a fairy story for people afraid of the dark,” he added

May Hawkings charismatic soul and sharp mind rest in peace..

The carbon tax is coming, and SA business is not ready

Tired of the negative feedback?